On the 10th of January 2004, Cats had its Polish premiere. Produced by Teatr Roma in Warsaw, the show was completely non-replica, with new direction, design, choreography, lighting, and even new orchestrations. The production finally closed in 2010.

This production was one of the very few to translate the title of the show, to Koty. Jellicle Cats is translated to Dachowce (Roof Cats), the Polish equivalent of Alley Cats, with the opening song roughly being called "Alley Song" and the Jellicle Ball become "Alley Ball".

The set was made to look like rooftops, and the costumes use a mix of painted Lycra and mesh, and faux-fur to create a unique visual style, along with choreography that was less technical, but more animalistic. The score was based off of the UK touring score.

Consultations on the psyche and anatomy of cats - vet. Beata Rudnicka-Brzezny 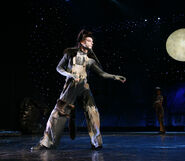 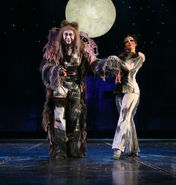 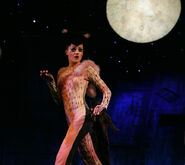 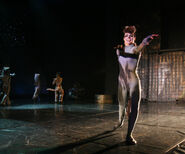 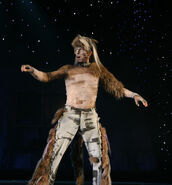 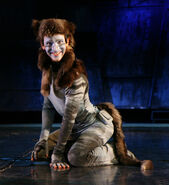 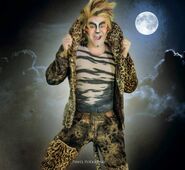 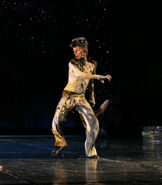 *Żyleta is the name of one of the henchcats, at first it was played by Etcetera's actress, then it was changed.

**This character appeared in the first season and was later removed.