Tuggoffelees, also known as Tugstoffelees, is the fandom pairing of Rum Tum Tugger and Mistoffelees.

The pair have an interesting dynamic. Self-centered, rebellious and strong-willed Tugger shows little respect for others including the tribe's protector Munkustrap, but is in awe of Misto's magic and lavishes him with praise when singing "Magical Mister Mistoffelees". On the other hand, while almost everyone fawns over Tugger, Misto is usually one of very few cats to not get swept up in his antics.

They seem to be close enough to be able to tease each other in a good-natured way, such as in productions where Misto is given the "terrible bore" line in "The Rum Tum Tugger". In some productions, Misto will jokingly use his magic to zap Tugger during his song, which Tugger takes in stride. Misto and Tugger are sometimes portrayed as being very close, interacting with each other constantly throughout the show. 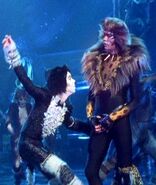 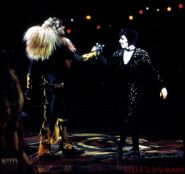 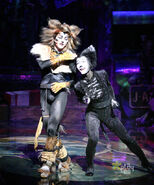 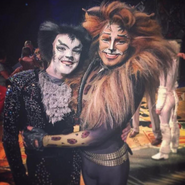