Jo-Anne Robinson
Cats toured South Korea in a "Big Top Theater" from 2003 to 2004. This tour was a joint production by Seol & Company and Really Useful Group, and was touted as the country's first domestic production of a major overseas musical.

The production toured in a black tent that was imported from Australia for a rental fee of 14 million won per week.[1] This tent had previously been used in the 1999 to 2001 Australian Circus Tent Tour. While performing in Busan in September 2003, the original tent was severely damaged by a typhoon and a replacement tent had to be brought in from Australia.[2]

Based on the Australian Tour, this production used named on-stage swings.

From auditions to practice in Australia, the formation of the best cast:

The cast that the audience is most curious about is expected to have the best experience and skills for each character. More than 30 actors were selected from the auditions in Melbourne, Australia earlier this year. The first cast members were selected in March, and the final cast was completed through several auditions. The cast is composed of talented actors from Australia, the UK, and Europe, including actors from previous productions of Cats.

The actors, who have been in full training at the Newtown Theater in Sydney, Australia since June, are thoroughly preparing for Korean performances from 9am to 6pm each day in addition to formal practice. As the show is a long-term production in a special environment called the 'Big Top Theater', the training has been carried out more closely and intensely. The local practice has been completed and the training room set up separately from the 'Big Top Theater' on July 9th. After a two-week final rehearsal, they will meet with the general public on 31 July.

Joanne Robinson, who will direct over 30 cats, has numerous directing experience in the United States, England and Australia. In particular, she has 21 years of experience with Cats. She was involved in the original creation of "Cats", along with director Trevor Nunn and choreographer Gillian Lynne, at its premiere in London. She then participated in the New York production and oversaw German, Australian and Asian productions. Joanne said, "This big top performance is very close to the audience and the actors, so it focuses on the actors and audiences being able to assimilate and taste the unity."

Grizabella's role in the memory of 'Memory' is played by Jodie Gillies, who has proven her skills in Les Misérables, Song and Dance, Chess, and Aspects of Love. In particular, Jodie is a popular stage actor in Australia who showed deep appeal and sad acting as 'Eponine' in Les Misérables. She has a high range of up to 3.5 octaves and has a variety of performance experience, including opera, jazz and classical. In this casting, she was highly praised for being able to excel in the difficult acts that have to express the inner emotions in tone. Jodie said, "We will express the beauty of Grizabella, the mentally, but not physically, beautiful cat."

Daniel Scott was cast as The Rum Tum Tugger, a charming charismatic cat. With a height of 185 cm, a sleek figure, and a remarkable mask, Daniel has also worked in television and CF in addition to musicals, and is an all-round entertainer who has appeared in the movie Moulin Rouge as the guitarist Drinker.

The most clever wizard cat, Mistoffelees, is Bradley Allan Chatfield with a rich career in ballet, dance and opera. He has worked with the Hong Kong Ballet and the Sydney Dance Company, where he has appeared in various productions and participated in world tours of the musical Aida.

Sarah Bowden, a Rumpleteazer who shows fantasy combinations as thieves cats, has performed in Cats and 42nd Street. This is an actor who has played the main character in many musicals. Rumpleteazer's partner, Markham Gannon, is a veteran who has performed a tour of the Cats Big Top Theater in 72 locations in Australia. He has appeared in many other performances.

The leader of the Jellicle cats, the prophet cat, Old Deuteronomy, was chosen to be Korean-American Lim, who is an opera singer from abroad. Lim, who has a height of 185 cm and a strong physique and appealing voice, appeared in various operas. In addition, you can meet various talented actors in this performance.

Joint planning with RUC, starting with local pre-production in Australia:

This 'Cats' Korean tour is the first domestic production of a major overseas musical. It is not a form of taking over an operational process, it is a co-planning from production. This was made possible through a partnership between RUC, an Asian production company of RUG, which is the original producer of Cats, and Seol & Company.

This form of production can be evaluated as a new attempt for the development of the Korean performing industry in a way that was not found in the original musicals on the domestic stage in the past. Seol & Company, the Korean producer of the show, plans to export RUG-owned world-class musicals to the Asian market with RUC in the future through the co-production system.

The concert hall united with Mother Nature, is expected to bring the highest audience satisfaction:

This 'Cats' Korean tour is the first large-scale project ever attempted in Korea. Since mid-June, a huge amount of heavy equipment landed on the Suwon Kyunghee University campus, finally revealing the grandeur of the 'Big Top Theater'. Located in front of the magnificent Central Library Fountain Square, the Big Top Theatre shows off its beauty in harmony with the greenery of the early summer on the campus. Currently, 'Big Top Theater' has completed all productions and has undergone detailed checks for stage rehearsal from July 10th. The number of people who participated in the production of 'Big Top Theater' is also enormous: 25 overseas technical staff, 35 domestic technical staff, 25 overseas staff, 25 local workers in Australia, 30 additional staff for domestic installation and demolition, 18 operating venues, 116 technical and operational personnel, including eight interpreters, were mobilized. This 'cats' Korean tour will be a special opportunity to experience the new venue. 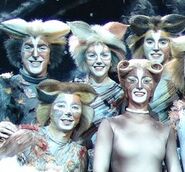 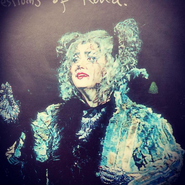 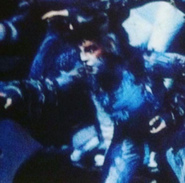