Like the Amsterdam production, the Paris production was staged by John Yost who was the Resident Director of the Vienna production. The production was completely based on the Vienna show, including all the specifics from Vienna like the shortened "Mungojerrie and Rumpleteazer" number and the mute Mistoffelees. Also the costumes and stage design were similar to the ones from Amsterdam and Vienna.

Many performers who were in the Vienna and Amsterdam versions before or after, were also in the Paris cast, including Matthew Jessner, Guy Paul Roult and Herbert Neutgens.

A great deal of photographic material from this production is hosted at Bibliothèque nationale de France.[2][3]

At some point Christine Lariche was an emergency Grizabella cover for about a week, while Gay Marshall and her cover Cristina Grimandi were both unwell.

'Quaxo' for this production is the name for the featured First Beetle who does a tap battle/duet with Jennyanydots. It was not assigned to a particular track, but played by whichever actor was most able to do it. In the first season, this was Jean-Marc Genet as Pouncival. In the second season, Jean-Marc was cast as Skimbleshanks instead, but kept the Quaxo sequence as part of his track. 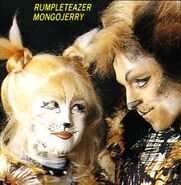