Cats was first staged in Scandinavia at Det Norske Teater in Oslo from November 9, 1985 to January 1987. It was translated into Nynorsk (dialect based version of Norwegian). This production was Non-Replica in most ways except visually, having used John Napier's costumes built in London for this production.

One unique aspect of this production is that it is not Jemima who sings with Grizabella in "Memory", but Grizabella's own younger self.[1]

This production served as the basis for Stockholm 1987.

Costumes: John Napier (Made by The Workshop, London)

This production used a 14-piece orchestra: 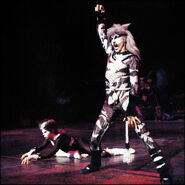 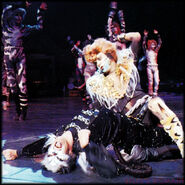 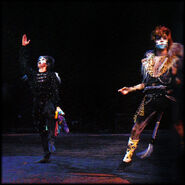 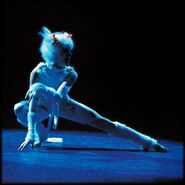 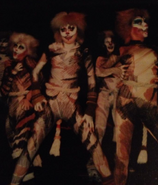