The Memory Lives On

David Ian Productions
The 2014/15 West End production of Cats was a recurring, limited run at the London Palladium Theatre. The initial run from December 2014 was extended to late April 2015, with a two week break in March as the Palladium was used for filming. During the summer of 2015 the show went "on tour" for an 8 week run in Blackpool, north England, and returned to the Palladium Autumn/Winter 2015. Following the closure at the Palladium, Cats started a full 2016 UK / European Tour.

The revised material introduced in this production was used in further productions in Paris and Australia through 2014 and 2015. Although the 2016 Broadway Revival uses many of the physical properties (costumes, set, etc.) of this production, the material used was once again revised - few of the changes made for the Palladium remain in the Broadway Revival.

The production was a development/extension of the 2013-14 UK Tour, with most of the cast of that production continuing onto the West End. Lloyd Webber however extensively revised the production itself - see the section below for details on the revisions made.

This production was heavily marketed, with star billing given to performing artist Nicole Scherzinger as Grizabella. The show was also tailored to bring more focus to Grizabella's stage time, with her solos being extended by a minute or so each. Kerry Ellis took over the role from the 9th of February, leaving the production on 25th April 2015. For the Autumn/Winter 2015 run, star billing was given to Beverley Knight as Grizabella.

Financially, the production was a huge success. The demand for tickets during the first run led to almost a complete sell-out in one of the largest theatres in the West End and an 8 week extension, thus proving there is still a strong market for Cats 33 years after the original production. The second run, however, was less heavily advertised and didn't sell quite as well.

"In celebration of the West End pick-up of the show, the Van Parnell bar at the Palladium has been transformed in order to entertain the guests, pre-show. Many show-related activities have been set up, such as:

The room opens two hours prior to the show, 12:30 for matinees and 5:30 for evenings. This has been used as a promotion tool to market the run. The gallery includes designs for every character, many press cuttings, various speciality costumes on display and things of interest to fans."

The Jellicle Ballroom was not reprised for the 2015 season, apart from the free face painting and early hours bar.

The production was promoted heavily on the feature of new material, with the new revised version shown in this production becoming the template for subsequent world-wide productions adopting these changes. The most prominent alteration was the re-branding of the Rum Tum Tugger into an urban street cat, his solo in his self-titled song being replaced with a rap/street dance number. Growltiger's Last Stand was changed to a much grittier, soft shoe/jazz number and the lover's duet cut entirely for the 14-15 run, with a new aria introduced in November 2015. The Gumbie Cat's dance break was replaced by a longer and more technical tap number choreographed by Bill Deamer, as well as featuring new music.

For the first time in a British production of Cats, Pouncival and Carbucketty were both present as ensemble characters; however, Pouncival used a costume resembling that of the chorus cat George. As an easter egg for fans, the swings appear in the press photos dressed as characters who do not appear in this production - including Babygriz, Electra, and Pouncival.

The most obvious costume alterations were made to the Rum Tum Tugger and Grizabella. Grizabella's costume has been subtly altered to resemble something Nicole Scherzinger would wear in her solo career - a corset and lace-up stockings worn under a fur coat which has been made lighter and more stream-lined. Rum Tum Tugger's new costume sported a backwards ball cap, his hair in braids, a vest top and harem pants with lots of gold necklaces. Growltiger and his Raffish crew also recieved new costumes, now in shades of dark charcoal. Some tweaks were made to the designs of the ensemble costumes, with less blocky, primary colours being used; these changes were most apparent in Bombalurina and Jemima's costumes.

A Day in the Life of White Cat Cats the Musical

Mungojerrie and Rumpelteazer's Backstage Tour (Part One) Cats the Musical

Paul F Monaghan as Growltiger, and the Raffish Crew 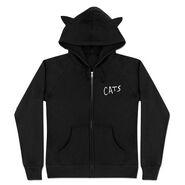 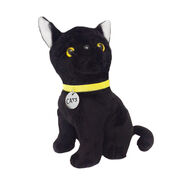 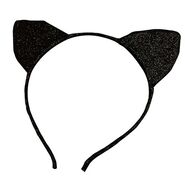 at 6:00 Lloyd Webber outlines his plans to change Growltiger and Rum Tum Tugger.

As reported by The BBC - The hit musical Cats looks set to include a rapping feline when it returns to London's West End this year. Composer Andrew Lloyd Webber said the character of Rum Tum Tugger would become "a street cat" in the show. Cats, which has not been seen in London for 12 years, is based on TS Eliot's Old Possum's Book of Practical Cats.

"I've come to the conclusion having re-read Eliot, that maybe Eliot was the inventor of rap," Lord Lloyd-Webber said.

He said he had also "completely rewritten" the song Growltiger's Last Stand because "it was never my favourite moment of the show".

The composer was speaking at a launch event at the London Palladium on Monday, where Cats will run for 12 weeks from 6 December. Speaking to the BBC at the launch event, Lord Lloyd-Webber said he had wanted to "rework" a couple of the poems - including Rum Tum Tugger - for many years.

"I'm not changing what Eliot wrote, but if you read that poem and you get a rapper to do it - don't ask me to do it - it's quite interesting."