Dame Judith Olivia Dench, DBE, is an award-winning English actress, known for her roles in Macbeth, Shakespeare in Love, and the James Bond franchise. She portrays Old Deuteronomy in the 2019 Cats movie.

In Britain, Judi has developed a reputation as one of the greatest actresses of the post-war period, primarily through her work in theatre, which has been her forte throughout her career. She has more than once been named number one in polls for Britain's best actor. She first rose to prominence as Lady Macbeth in 1976, under Trevor Nunn's direction. She received critical acclaim for her performance, and later held leading roles in the BBC Drama On Giant's Shoulders and The Good Companions at Her Majesty's Theatre. In 1981, she was cast in the original London production of Cats as Grizabella and Jennyanydots, before dropping out due to injury. Judi achieved popular success as M in the James Bond Franchise, beginning in 1995. She also starred as Queen Victoria in Mrs Brown and the titular role in Iris, for which she received an Oscar nomination.

Judi co-starred in the 2005 film Pride and the Prejudice, which was a critical and commercial hit. She starred in Madame de Sade on West End and later played Titania in A Midsummer Night's Dream. In 2016, she won her eighth Oliver Award for her supporting role in The Winter's Tale, and later starred in the film adaptation of Murder on the Orient Express. She was cast as Old Deuteronomy in the film adaptation of Cats in October 2018, returning to the production after 31 years. 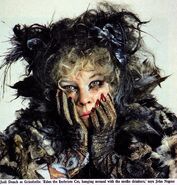 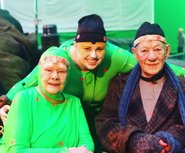 With Rebel Wilson and Ian McKellen 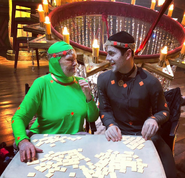 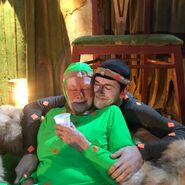