A native of Orlando, Florida, Juan was first seen by Sydney audiences as Sportin' Life in Peter Klein's production of Porgy and Bess. More recently he performed in the Australian production of Showboat in Sydney and Melbourne.

Juan has also appeared as Sportin' Life in Milan at Teatro alla Scala in Houston Grand Opera's Porgy and Bess. Other credits include Nemorino in L'elisir d'Amore, Tony in West Side Story and appearances in Showboat, Chicago, L'incoronazione di Poppea, Chanticleer, The Music Shop, The Merry Widow and Rev Everyman. He was also a voices of Liberty member at Walt Disney's World Epcot Centre, Florida. Juan received both vocal and academic scholarships to study at the Florida State University School of Music.

Most recently Juan performed with Opera Afloat and in concerts in Sydney and Melbourne. 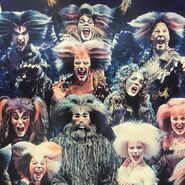