Male
Growltiger is one of Macavity's henchmen in the 2019 Cats movie. He is played by Ray Winstone.

Growltiger is one Macavity's agents. He first appears lurking around on his ship. He later holds Jennyanydots and Bustopher as captive for Macavity. Then he captures Skimbleshanks and Gus. Later, he tries to push Old Deuteronomy off the plank but she is rescued. Then his captives escape and force him to walk the plank. 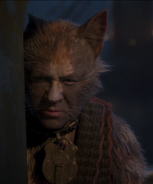 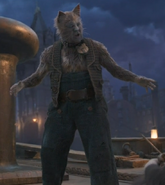 Feel free to add any headcanons or theories you have about Growltiger. But don't delete other people's ideas.