Gina is originally from Bendigo and has been performing in some way, shape or form for as long as she can remember. Her first taste of performing came through amateur theatre and in Melbourne she played leading roles in Little Shop of Horrors, Baby and The Baker’s Wife. She was an original cast member of Beauty and The Beast, understudying and performing the roles of Belle and Babette, both in Melbourne and Sydney. She has produced and performed in her own cabaret shows, For Once in My Life and Don’t Rain on My Parade and was a cast member of the production of Scrooge at the Princess Theatre. She also appears regularly on Good Morning Australia, was the resident singer at The Regent Hotel in Sydney prior to the tour and performed around town with her fellow band members in Café Rico. Gina is very excited to be part of the very first professional show that she saw. 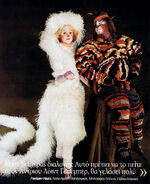 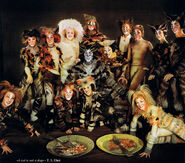 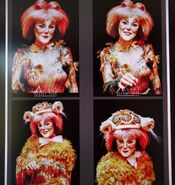