The German Tent Tour of Cats toured 16 cities in four German speaking countries: Germany, Luxembourg, Switzerland and Austria. Previews started in late December 2010 in Hamburg - the city where Cats had its German premiere in 1986. However while the show was still in rehearsal, there were also 3 private preview performances in Düsseldorf. The official premiere was at 6th January 2011 in Hamburg. The tour closed at 16th June 2013 in Graz, Austria.

This was the first European production that didn't play in conventional theatres but used a tent that was specifically designed for Cats, like those used for Australian and World Tours, this time with the set NAP 19. After the tour was over, the tent was sold to a German circus. This tour was the first Cats played in Luxembourg.

The production, score, design, etc. were based on the UK Tour III. Like all German productions since 2002, they had Electra in the cast. For the last 3 months, following a cast change, Electra was cut from the show, her parts were then sung by Tumblebrutus. For most of the run, the orchestra consisted of 7 musicians. Only in Hamburg and Vienna, they had 10 musicians in the band.

Most of the costumes were re-used from the UK Tour III and the Dutch Tour. Only a few of them were newly created. More costumes were built as the tour went on. During the entire run, Rumpus Cat lacked his flashing red glasses. The official explanation was that the glasses were damaged, but they were never repaired. During the first season, only the first cast Electra (Jo Lucy Rackham) wore an actual Electra costume, the covers wore altered chorus Grizabella costumes. However after the cast change the swings were provided with conventional Electra costumes. 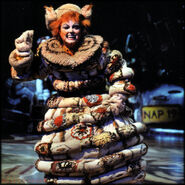 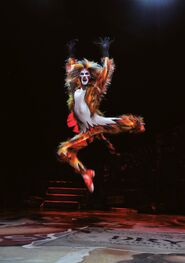 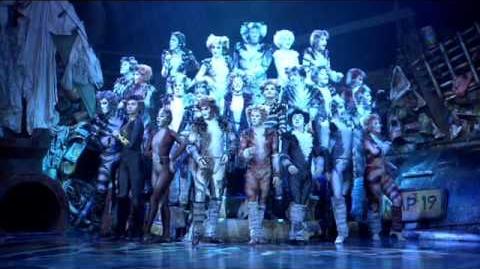 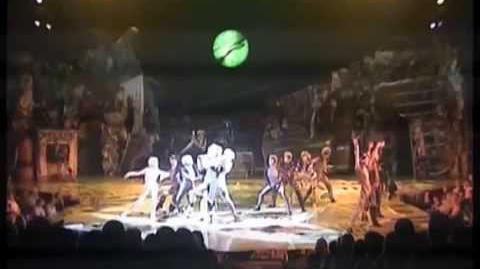