Dancer, Acrobat
Etcetera is a minor ensemble character in Cats. She is a boisterous and hyperactive kitten. The character originated in the London production, appearing in the early years of the Broadway production as well as the 1998 film, but few other productions worldwide.

Etcetera is one of the youngest members of the tribe. She is hyperactive, very excitable, a strong dancer and acrobat. She is the biggest fan of Rum Tum Tugger, squealing with excitement at the end of his song and swooning over him throughout the show.

Her role is minor and frequently cut from smaller productions. She is primarily a dancer and acrobat in the ensemble numbers. She is most known for her squeal during "The Rum Tum Tugger", and is often the cat who swings on the trapeze during "Jellicle Songs for Jellicle Cats". Initially, she was an unnamed ensemble kitten in the original London production, but was given the name "Etcetera" by early 1982.

Etcetera was also originally in the Broadway production, with her performer doubling as Rumpleteazer when the song "Mungojerrie and Rumpleteazer" was re-imagined as a puppet show performed by Mistoffelees for Bustopher Jones. The characters of Mungojerrie and Rumpleteazer did not exist in their own right at that point, but were played by Etcetera and Coricopat. However, this dramatic device was dropped around mid-1987 and Etcetera was re-named Rumpleteazer permanently (while Carbucketty became Mungojerrie). This resulted in Broadway-style Rumpleteazer being much paler than the London design, looking much more like Etcetera, and Etcetera not appearing in subsequent Broadway-style productions.

Etcetera appears as a regular on-stage swing in Australian and Asian productions.

She is named after the Latin expression et cetera. Her name does not appear in "The Naming of Cats", but is likely a form of word-play on her being another kitten like Electra.

Before she was given a name, the character was originally credited as one of "The Kittens" in the London production.[1]

The following names have also been used for the character of Etcetera in various international productions:

Etcetera is a dilute tabby - a pale cat with ginger and grey stripes. She is usually portrayed as a very young kitten. The cat that she looks most similar to is Rumpleteazer, due to their combined history from the Broadway production. Occasionally in early productions in Europe, the name Etcetera was used with a costume similar to Electra. 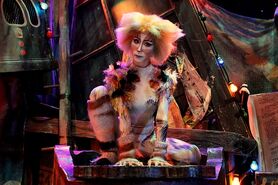 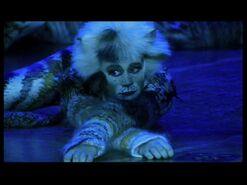 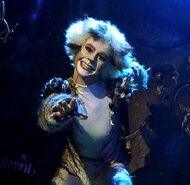