Cats had its Danish premiere on 19 September 2002 at the Det Ny Theater in Copenhagen where it ran until 13 April 2003.

The style of the show was a mix of London/UK productions and the Broadway version of the show. Since Richard Stafford, the supervisor of the Broadway production, was the director of the Danish version, many elements from the Broadway show were used: Alonzo, for example, danced behind Demeter during the 'Macavity' number. The costume and make-up designs were rather based on UK style productions though with a few differences (e.g. Tugger's costume or Alonzo's make-up).

The cast consisted of 22 cats, with no Electra. Most of the character's names were translated into Danish names. (e.g. Rum Tum Tugger became Rabalder Rocco, Rumpleteazer became Salto Sally). A few actors had performed in other productions: Tim van der Straeten (Mistoffelees) played Pouncival and Mistoffelees in Hamburg, Stuttgart and Antwerp; Jan Erik Madsen played Tugger in Hamburg and later on the World Tour and also Andrew Gardner had performed in the Stuttgart production. Gerald Marko had often covered Tugger and Munkustrap in Hamburg, and his wife Stephanie Watt was Jennyanydots in Hamburg 1999.

Anecdotal history from several actors suggests that the producer attempted to cut costs by having as few swings as possible, initially allowing for no more than four before being persuaded that the show could not be performed with fewer than twelve swings. (By comparison, in Hamburg the swings had usually outnumbered the main cast.) This led to some performers being hired and billed only as dressers, although they often doubled as booth singers and in many cases covered roles in performance, though their billing (and pay) didn't necessarily reflect this. Notably, Stephanie Watt was hired as a dresser, billed as a booth singer, covered Jennyanydots and Grizabella, and took over the latter role when Charlotte Vigel left the show - eventually playing the role more often than Charlotte - but was never credited for it. 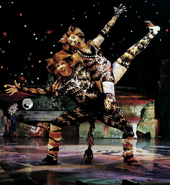 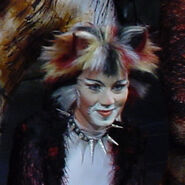 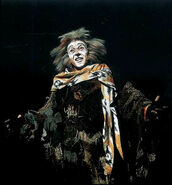 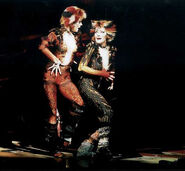 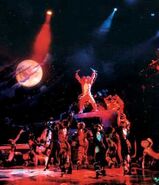 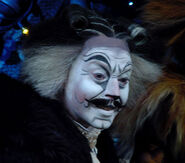 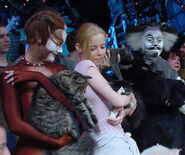 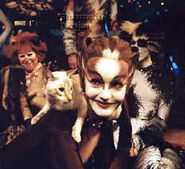 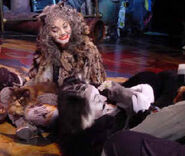 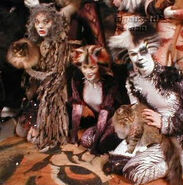 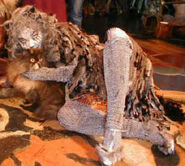 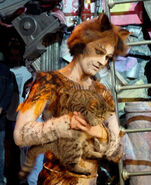 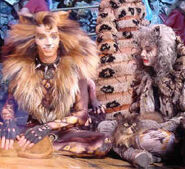 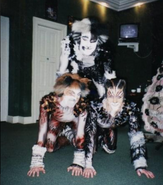 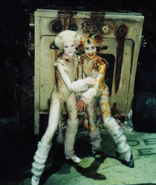