Has been on stage since the theatrical twinkle was spotted in her eye in Grade 1. She was trained at the Robin Williams Drama School in Port Elizabeth (she was one of the first 'Annies' in the musical, Annie) and then went on to the Waterfront Theatre School. Wherever she has studied, she has excelled on stage, in musical and plays as well as dance. Favourite adult roles have been Tuptim in The King and I, and Faith in Kindertransport. After working for the Story Spinning Theatre in Cape Town, as well as playing in several of David Matheson's productions at Artscape, Chireen returned to he hometown to take up a drama and dance teaching post. She was busy putting the final touches to her choreography for Grease, when she had the Cats call. 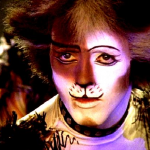 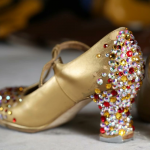