Brian Blessed is a British theatre, television and film actor known for his sonorous voice and "hearty, king-sized portrayals". He is famous for a variety of roles, including creating the roles of Old Deuteronomy and Bustopher Jones in the original London cast of Cats, Clayton in the Disney animated film Tarzan, Boss Nass in Star Wars Episode 1: The Phantom Menace, and his repeated roles as King Lear. 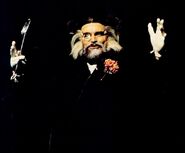 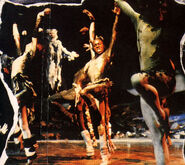 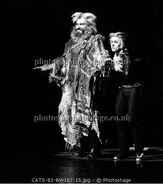 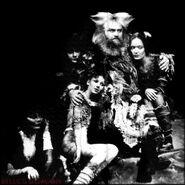 London, 2000, with Bonnie Langford and the current cast