What's on your mind?

This is a great wiki, and it's a pity that people can't access it through the Fandom app. We should put in a request with Fandom asking to add the wiki to the app.

Given the 2021–22 US tour is relaunching from scratch, with an entirely new cast and as a non-Equity production—are we considering it just the next season of US tour 6, or as a new tour? Is there a technical basis by which we generally decide 'this production is just a continuation of that one'?

My instinct would be to acknowledge the connection but make a new page for it, as with Düsseldorf -> the first German tour, and the continuities between UK tour 2013 -> London revival -> UK / International tour.

(At the very least we will definitely need a new gallery page for this season - it already looks like we're going to have lots of images from social media accounts - but that's easily done.)

Hello! I was wondering who this cat is. I saw her in the 1998 film as a chorus cat. I believe she's supposed to be a kitten. 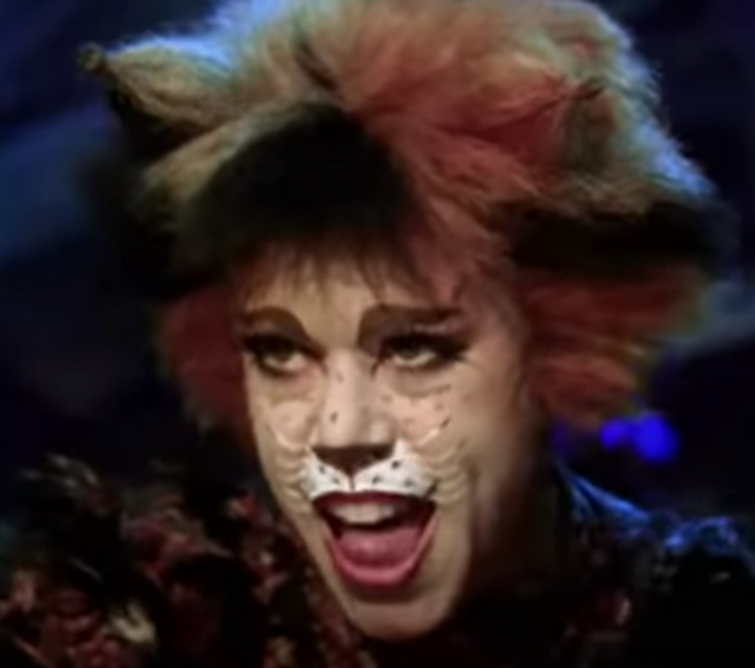 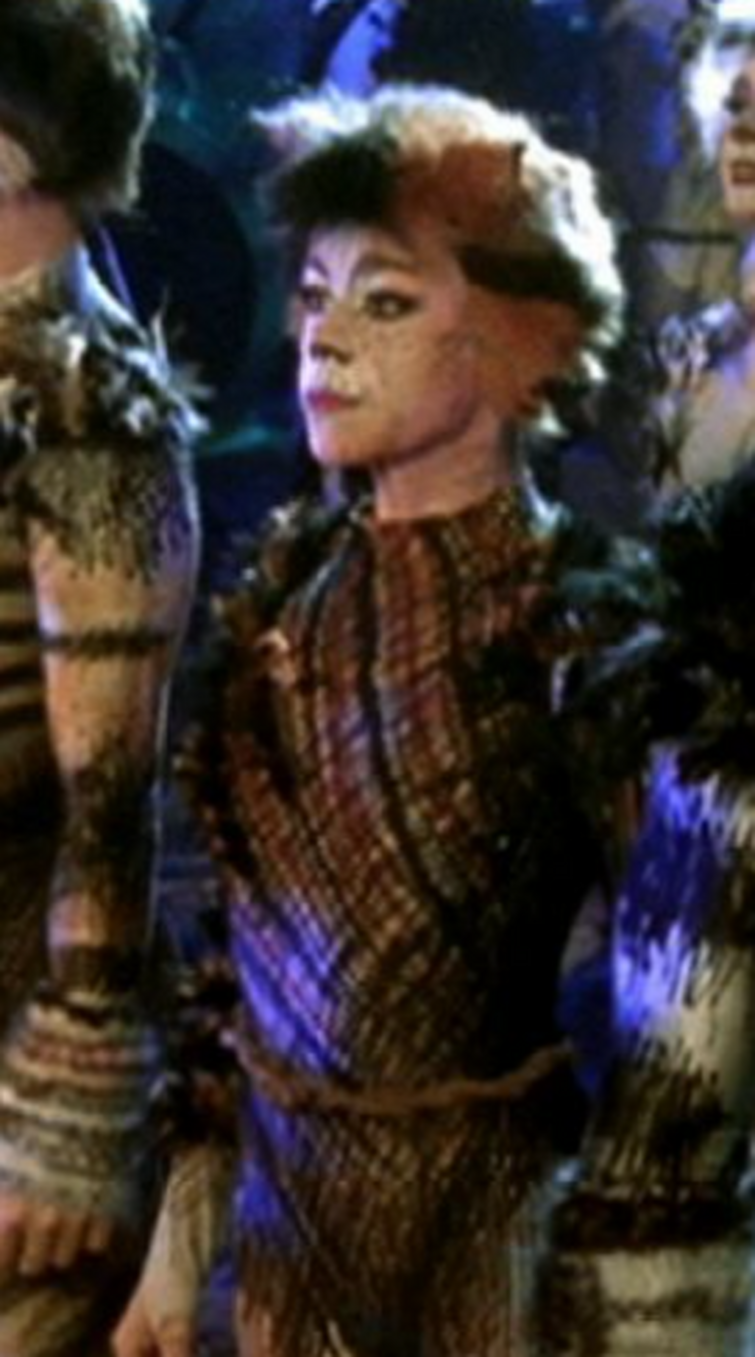 I haven’t really been in this fandom for too long, but I basically know all of the characters by the back of my hand and I have absolutely no idea who this is? I think it might be a swing but I can’t find any other pictures with her in it.

It’s from the video of the final performance that was posted to the Show Must Go On’s YouTube channel.

The unitard and leg warmers look almost identical to Jemima’s, and she’s also wearing gloves on top of that, but you can easily see Jemima on the bottom of the stage in the middle, and the character’s wig is way lighter.

I’m thinking that it’s a swing wearing Jemima’s costume but just with a different wig. 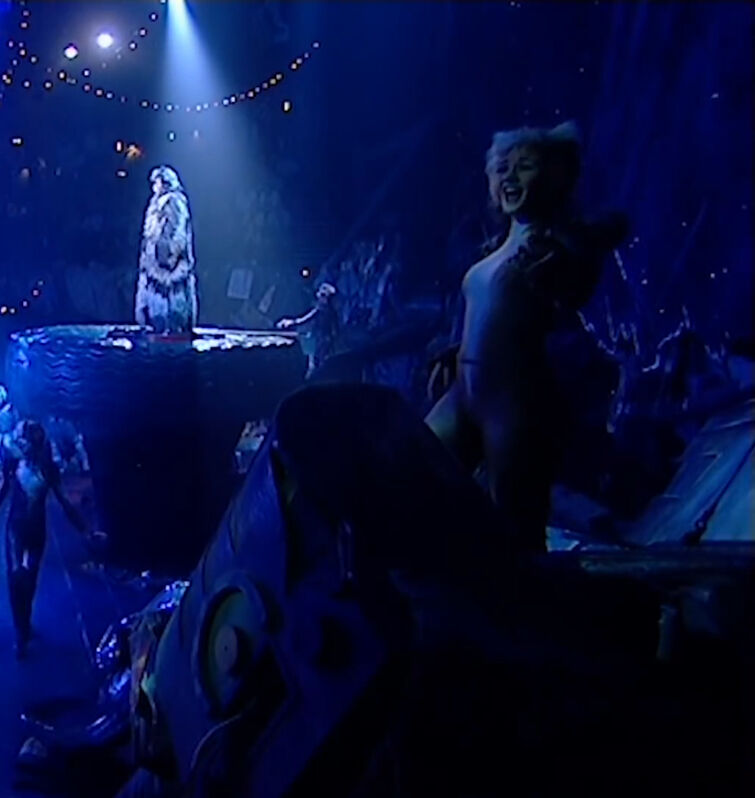 Hey! So I'm a little confused with the 'Backstage' photo category. I haven't been putting that category on any of my photos - should I be putting it on?

(E.g. If a photo is just of characters standing for a photo backstage or selfies)

I just want to make sure I'm doing stuff right and I don't want to create more work for everyone else if I'm doing things wrong. Especially when I'm uploading a load of photos 😂😅

If not, would anyone else like one, or is it just me?

Why Cats (2019) wasn't animated by Illumination or Dreamworks

I've noticed US Tour 6 is pretty light on the makeup, at least for how I'm used to seeing these London-based looks executed. Broadway revival was also quite light. Any thoughts? Do you like this more minimal, soft look, or do you prefer a bolder, more detailed face? 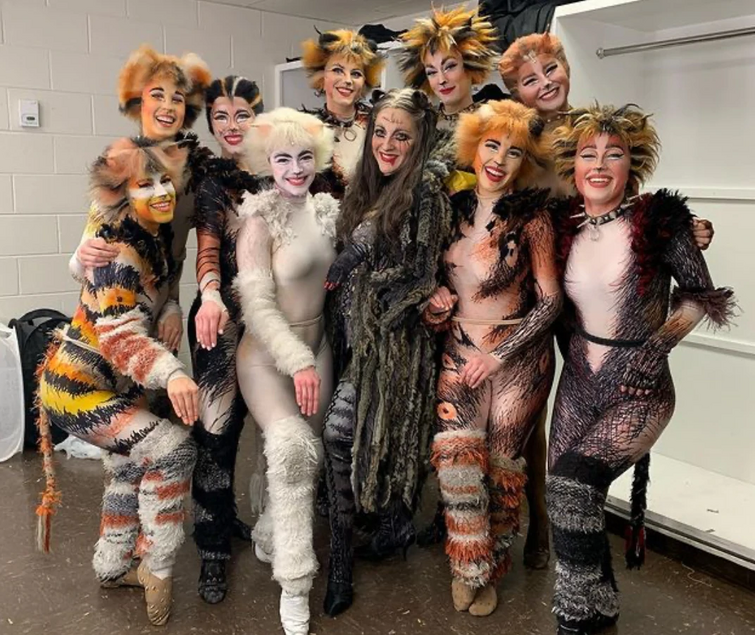 From the Düsseldorf production 2004. Does anyone know if this is Selma or a cover maybe? I’m not 100% sure 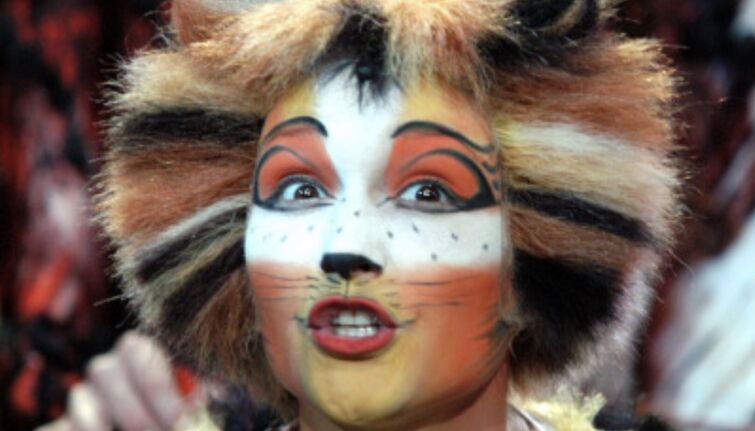 I know it's been over two decades since the Cats (1998) film (video?) was released, but I would love for a FULL release. My understanding is that there was footage cut from the final release so it could fit into the broadcast time, but that this footage exists. Hopefully they weren't completely scraped. I've seen the 'conjuring turns' in "Mr. Mistoffelees" and a few lyrics cut from "Mungojerrie and Rumpleteazer" that appear in the behind the scenes, but I've come across rumors that there's more.

What I would love is for these cut pieces to be edited back in. And maybe generally a re-edit, as I've also come across some complaints about the editing we got. I love what we got either way, but I am interested in this theoretical re-cut and re-edit I have in my head.

I wonder why they never released the soundtrack for Cats (1998).

Lastly, wouldn't it be great if there were interviews with the whole 1998 cast, as an addition to the behind the senses/bonus features?

Would anyone else want to see this?

Does anyone know what happened to the "unused" video from Cats 1998? I saw somewhere a mention that they had about 95 hours worth before editing, and I've seen a few stills that don't appear in the published video. If it still exsists there might be a treasure trove of video waiting to be reborn! :-)

For Celine Dion's version of "Memory", what type of costume, wig, and makeup did she wear in an episode for a French television program called L'Autobus du Show-Business (meaning The Show-Business Bus in French)? 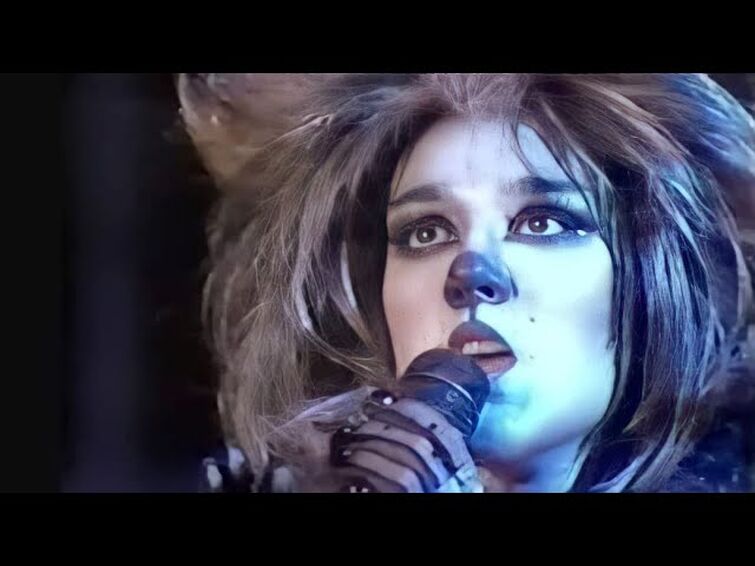 Please comment your answer below if you know the costume, wig, makeup, and/or unitard that matches Celine Dion's outfit for this song. Good luck!

Hi! That 'raffish crew' photo is London, not Broadway - Jacob was back in London for a while at the end of the 90s. The character at the back on the right is Victor, btw, who's never exist in Broadway. :)

I got this from here, so it's probably someone from US tour 6 or the revival, but I suck with faces, so I can't figure out who it is. My best guess is Cameron Edris?

From Moscow 2005, I know it isn’t Victoria or Valentina based on the face. It might be Alyona Burova but I’m not 100% sure on that, if anyone is more familiar with the covers or swings please let me know if you can tell which actor this. 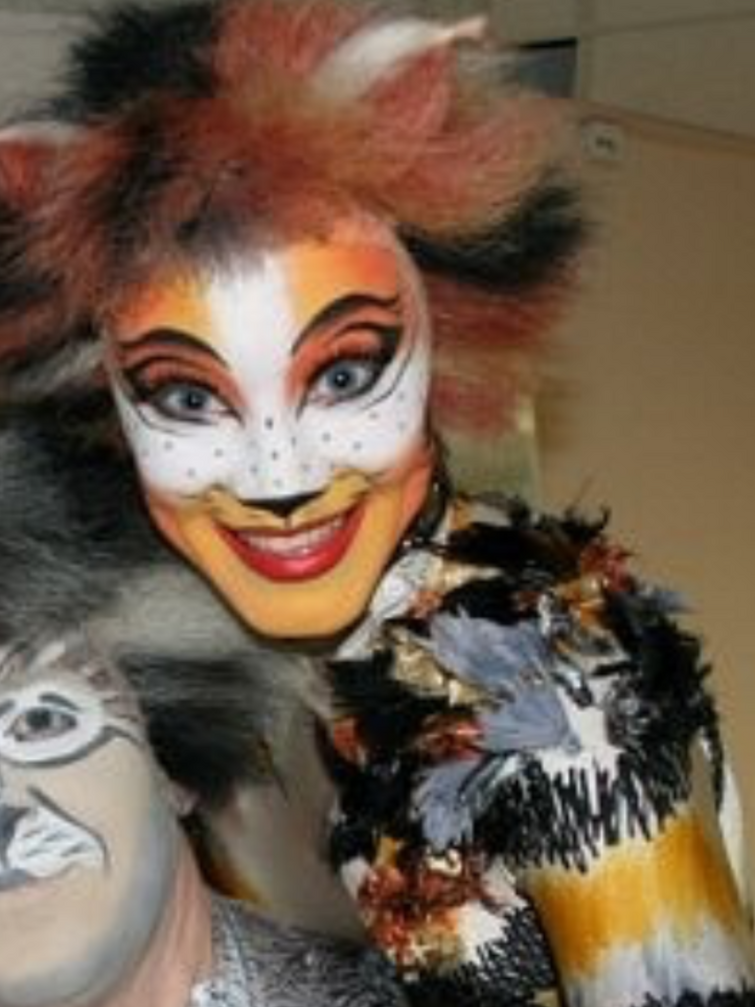 Recreated this song from scratch on GarageBand today! It's for NBC's next live musical! Take a listen! 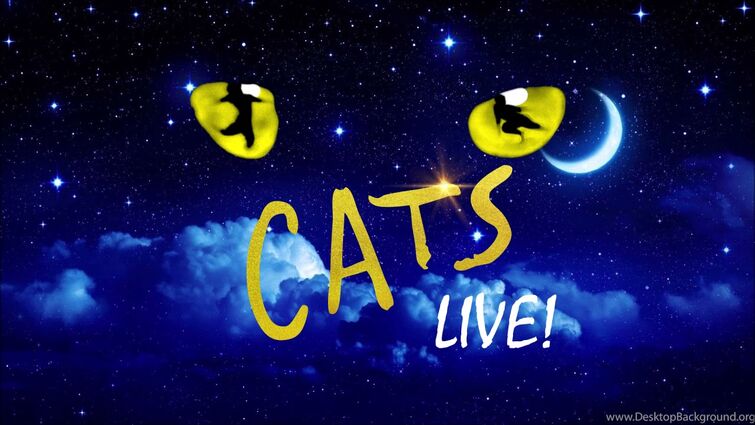 Hey everyone! I was wondering if anyone can tell who these characters are? They're from the London production in 1985. I know the one on the right of each photo is Tantomile (I think!) but I have no clue of the other characters.

Many thanks in advance! 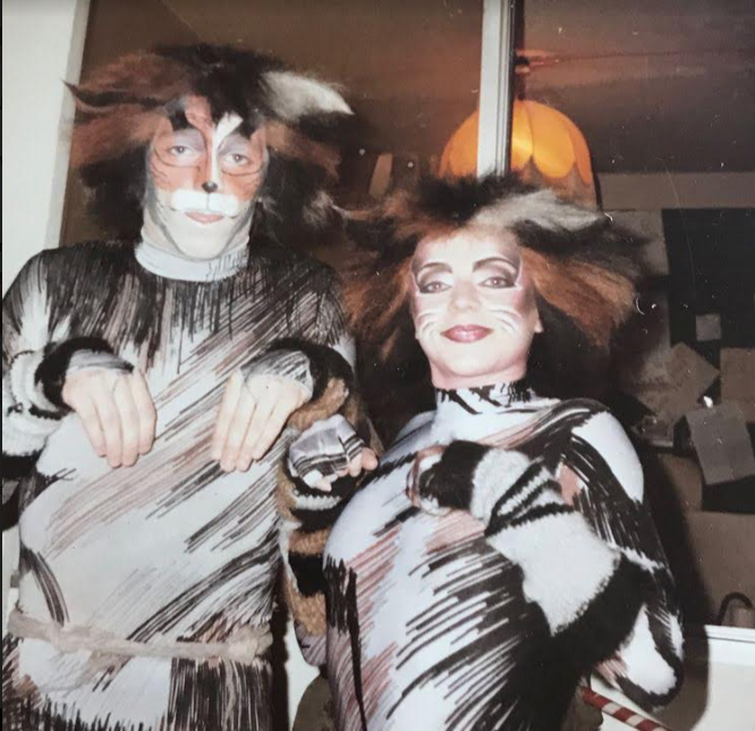 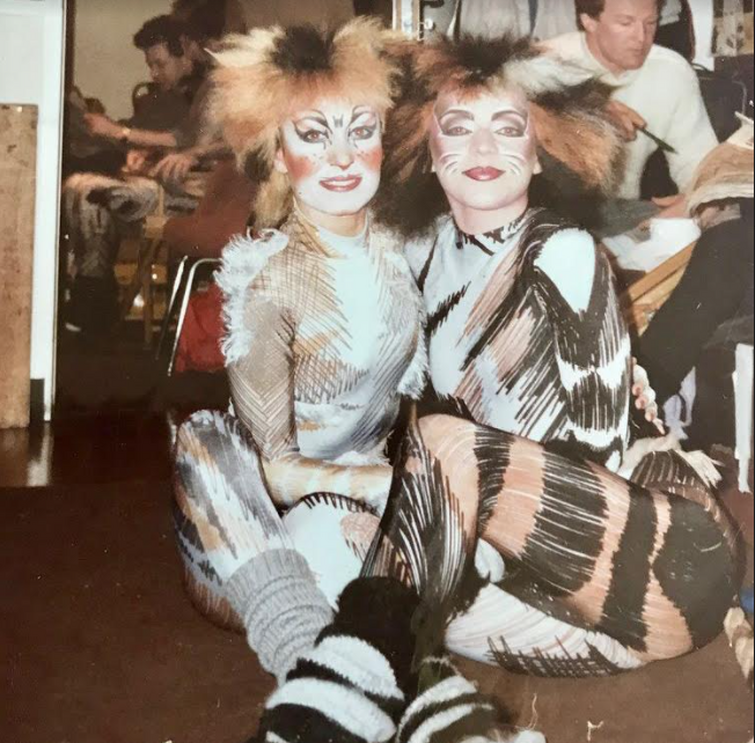 This is Christopher Hall from the original Sydney production and I know this isn’t him as Misto, it’s from when he was a swing. I’m not 100% sure of which character this is, I want to be sure before I upload it. If anyone can help it would be appreciated. 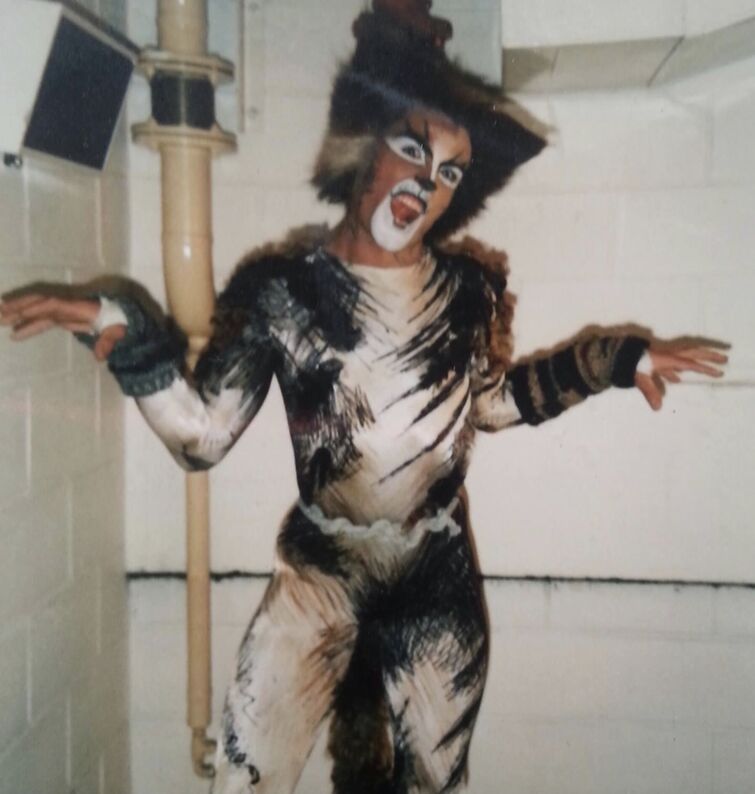 Hey everyone! I was wondering if anyone could identify who the cat on the left is from the US Tour 4? Originally I thought it was the swing character "Spike" but I wasn't 100% sure. 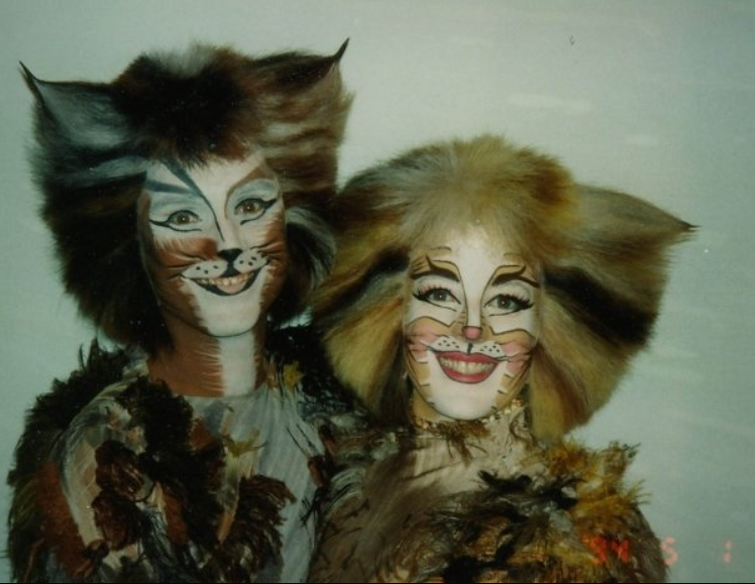